The guide gives you information about how the landscape was formed and the history of Cappadocia. 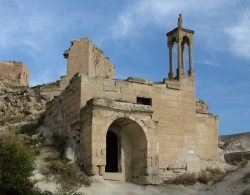 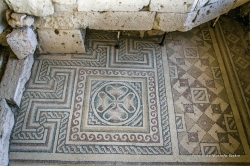 Tour departs at 9.30 and you will be collected from your hotel prior to departure time.
The first stop is the famous ‘Three Beauties of Ürgüp’, where you can see the mushroom-shaped rock formations and a panorama of the city of Ürgüp. The magnificent landscape of Cappadocia has been formed from solidified lava streams, ash and tuff stone from volcanic eruptions millions of years ago. The landscape you can see now is the result of thousands of years of continual erosion, which has shaped the tuff deposits into the strangest pyramids and cones. The guide gives you information about how the landscape was formed and the history of Cappadocia.

The next stop is in Mustafapaşa, which was originally known as Sinasos, an old village where Turks and Greeks lived side by side and where old Greek stone houses can still be seen. The Greeks left the village during the exchange of populations in 1923 agreed in the Treaty of Lausanne, and many of the houses have been abandoned since then or later turned into hotels.

After that you drive through Taşkınpaşa which has some of the best examples of Seljuk architecture in the district. The village houses follow the traditional plan, with stables on the ground floor to keep the upper floor rooms warm. There was also a ‘medrese’, an Islamic theological college there, but to this day only the impressive-looking doorway has been preserved.

Then you visit Sobessos, a recently discovered archaeological site from the Roman era, located near Şahinefendi village. A large meeting hall with beautiful mosaics has been excavated. The site also contains a Roman bath with a well-preserved underfloor heating system.